JWT: What are JSON Web Tokens & use cases 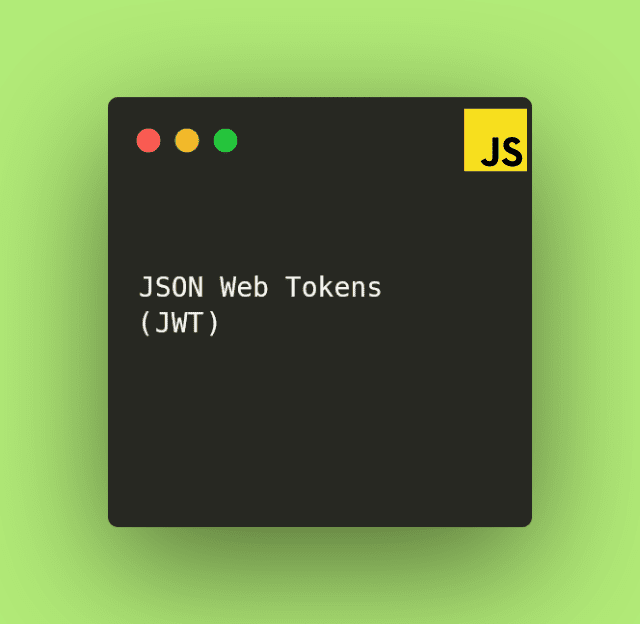 What are JSON Web Tokens? [JWT]?

JWT are tokens that you can use in your web application to transfer data over a network and therefore authenticate communication between 2 parties. A better definition is:

It is a hash like encrypted string that carries data and need not be stored in the database as it has an expiry date. The basic premise is that after server authentication a JSON object is sent to the user. And when the user communicates with the server the JSON object is sent back to the server. The signing of the data contained within the token with an encryption algorithm makes it more trust worthy to the other party, therefore has a high data integrity.

These tokens are compact and can be sent as part of a POST request or as a query string in a URL. To identify/authenticate people in your (web/mobile) app, put a standards-based token in the header or url of the page (or API endpoint) which proves the user has logged in and is allowed to access the desired content.  – here

The goal of a token is to allow the end user to trust that the receiving data has not been altered in any way.  Since anyone can read a JWT private information should NOT be sent as part of a token.

Anatomy of a JWT

A JWT consists of 3 parts:

All 3 makeup a JWT and look something like this:

Ps: note that each part is separated by a “.”

The header is base-64 encoded and contains  meta-data/a few key pieces of info about the JWT . Most commonly:

Then this JSON object  is converted into a string using the Base64URL algorithm:

So a payload  with 2 private claims (iss and exp) and 2 public claims (name, admin) essentially looks like this:

Then this JSON object is  also converted into a string using the Base64URL algorithm.

The 3rd part of a JWT is the secret. The secret part is simply a hash of all the content/part of a JWT  which means the “header” and the  “payload” to ensure that the data cannot be tampered with.  You need a ‘secret’ that is available only to the server and not disclosed to the user.  A JSON Web Algorithm (JWA) is used to sign the JWT.

The 3 parts of the token are combined into a string, with each part seperated by a ‘.’ and returned to the user.